What Not to Say to Pregnant Women

As I ventured through my first pregnancy, everything was new, including the way people talked to me. Strangers, family and friends sometimes let their opinions fly, no matter how insensitive. I recently shared this with a nurse in my OB-GYN’s office, a woman with extended experience caring for expectant women. She agreed that, for reasons largely unknown, people often talk to pregnant women in ways they would never address anyone else. 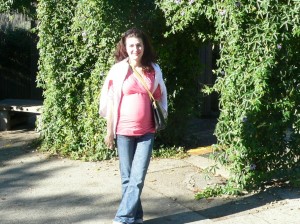 The unsolicited feedback was maddening. I was in a foreign land physically, emotionally and mentally, and their words could spur new concerns and leave me feeling isolated. Over time the words melted into dim memory, as I gained experience and confidence as a mom. I’ve enjoyed an entirely different experience with my second pregnancy, and I’ve been better able to hold things in perspective. Still we need an etiquette guide that covers what not to say to pregnant women, particularly first-time moms.

Below is a list of ridiculous things people have said to me while I’ve been pregnant, and why they’re unwelcome.

Don’t Say This to a Pregnant Woman

1. “I never thought you’d get fat!” Weight gain during pregnancy is required to support the blooming life–it’s not to be confused with being overweight or obese. Suggesting that a pregnant woman is fat is rude. And it may prompt her to try to lose weight, or stop eating even if she’s hungry, all of which is unhealthy.

2. “How much weight have you gained?” I had more than one person pose this question, and it was always a woman asking. How much a pregnant woman weighs is information only she and her medical caregiver(s) need to know. Again, focusing on the physical could prompt a pregnant woman to become more navel-gazing than she already is, at a time when her physical self seems to become more distorted by the day. If you’re curious about her weight, remember, it’s none of you’re business. But if you have a genuine concern that she’s not gaining enough for the baby, there are better ways of broaching the topic.

3. “You’ll never sleep once the baby comes.” A handful of individuals offered this to me, and I found it untrue. I did sleep when my son was a newborn. The sleep was interrupted by feedings, and I certainly was foggy in those early days. Once his stomach could hold ample breast milk, he started sleeping seven or eight hours at a time. Some new parents encounter children with colic or other maladies, but they shouldn’t deflect their dismay on a new mom. She won’t  have the same experience, even if her child is fussy or colicky.

4. “Your body will never be the same.” A single woman without children said this to me, and I wondered silently, “Really? How would you know?” The way she said it implied that, on some level, my body would be disfigured forever. Again, her comment was unfounded. Since having Noah I am stronger than ever. For example, I worked for years to build muscle in my thighs and calves, to no avail. After toting a baby for 10 months–and working out religiously, right up to the night before he was born–I was no longer a stick figure. Sure, I had some saggy skin around my abdomen, and I didn’t heal overnight from the third-degree tear caused by forceps. But I’m tougher. I like my body better now than I did pre-baby.

5. “Are you carrying twins?” This senseless remark came from a stranger in my Chicago apartment building, about a week before Noah arrived. Her words were code for, “You’re huge!” I was well aware that my baby belly dominated my body–caddy reminders weren’t necessary. At 39 weeks, I wanted to be done, and I wanted sympathy, not a dig!

6. “You look good. You must be having a boy.” Countless people said this to me while I carried Noah, and in one sense, it was a compliment. But it was also an indirect slam on girl babies. I had plenty of friends and family who had carried girls, and they looked radiant throughout their pregnancies. Right now, at 39 weeks with my daughter, I look better than I did at the same point with Noah. The comment also agitated me because with Noah, we had elected to be surprised by the baby’s gender. By the end of the pregnancy, the power of people’s suggestions had tainted the element of surprise.

7. “You’re having a girl? Oh, they’re so much harder than boys …” This is something which, again, several women have offered during my current pregnancy. Fortunately it hasn’t irked me as much as it would if this were my first baby. Yet it’s stereotyping, and it suggests that all women are the same, which is wrongheaded. I lost my mom as a young girl, and my second child represents to me a chance to regain the mother-daughter bond I lost. Because of Noah, I’ve already experienced significant healing from mother loss. But for a motherless woman, a daughter is a special gift from God.

This comment also insinuates that boys are better than girls–perhaps because of their different needs, emotions and hormones–which is simply untrue. Sometimes men are more sensitive or emotional than women. Every individual is unique, and both genders are equally wonderful.

8. “Your life will never be the same.” This was the most common advice, and the most unnecessary. I wasn’t having a baby to keep my life tidy. I knew things would be very different. This remark made me more anxious than I already was. I pictured my life spinning into a chaotic netherworld, and I grew to resent the people who said it. 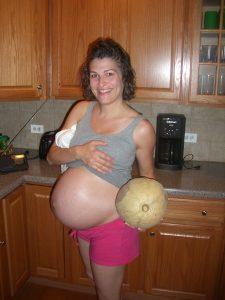 While some variables of change may be shared by new parents, it’s a different reality for everyone. First-time moms are apprehensive enough. Casting shadows on their new horizon is unfair, unwarranted and unkind.