I Don’t Want to Have it All. I Just Want Variety.

A few weeks ago I told my 4-year-old son Noah I was returning to work full-time. He and my daughter Syma, who’s almost 2, were sparring and fussing, and I was spent. “Mommy will get a job in the city. I’ll be gone all day. Just home on the weekends. We’ll get you and Syma a full-time Nanny.” Tears turned Noah’s eyes into shiny brown saucers. “But Mommy! I don’t want you to leave every day. You’re my best friend!” In a few sweet words he underscored all that was wrong with my attitude.

I sometimes think I’m fumbling motherhood. I ply my children with candy for 10 minutes of quiet time. I don’t hide my agitation or exasperation. Sometimes I stop in a huff, and pray aloud. I openly admit my need for divine help, especially on the trickiest days.

Hearing that my son considers me his best friend reminds me: I’m doing something right. It’s probably the candy trick, but still. He loves me that much. I don’t deserve it, yet like grace, I receive it. Love and grace flow in and around my life. What more could I want?

Current culture indicates that some women—and men—want to “have it all.” Anne-Marie Slaughter, a professor at Princeton University, wrote a 2012 essay in The Atlantic titled, “Why Women Still Can’t Have It All.” Women and men can have it all, she says, but not under America’s current social and fiscal structures. She highlights stories of high-achieving women like Louise Richardson, vice chancellor of the University of St. Andrews, in Scotland, who combined an assistant professorship at Harvard with mothering three young children. “She organized her time so ruthlessly that she always keyed in 1:11 or 2:22 or 3:33 on the microwave rather than 1:00, 2:00, or 3:00, because hitting the same number three times took less time,” Slaughter writes.

In her book Lean In, Facebook’s Chief Operating Officer Sheryl Sandberg urges women to chase hard after opportunities. Novelist Stephen Marche recently wrote a piece for The Atlantic where he tells the story of his wife working while in labor with their second child. 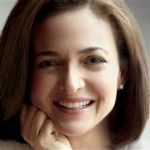 Working during childbirth, worrying about a child’s head-lice problem while on a company jet, as Sandberg once did, saving time at the microwave–these scenarios make my head hurt. They paint a picture of a stressful life–not the good kind of stress. The unsavory, cancer-inducing sort. If this is having it all, count me out.

What Does It Mean to ‘Have It All’?

Slaughter defines “having it all” when she writes that “I’d been part, albeit unwittingly, of making millions of women feel that they are to blame if they cannot manage to rise up the ladder as fast as men and also have a family and an active home life (and be thin and beautiful to boot).” Marche says Slaughter’s essay “reflects the blind spots of the technocratic elite. It is a superachiever’s guide to having a family.”

She refers to Mary Matalin, an adviser during the Bush-Cheney administration, who wrote: “Having control over your schedule is the only way that women who want to have a career and a family can make it work.” Slaughter continues, “Yet the decision to step down from a position of power—to value family over professional advancement, even for a time—is directly at odds with the prevailing social pressures on career professionals in the United States.”

A primary driver of my decision to leave the corporate journalism world was my desire to have more control over my schedule. In the years before I became a full-time freelancer, I was a Washington workaholic. I loved it. But I knew I’d love it less once I had a family. Freelance writing is by no means easy, but it affords flexibility.

Going part-time after my children were born wasn’t a simple choice. I still struggle, thinking how much better I am at journalism than parenting. Slaughter writes about these choices:

Maternal imperative is a supernatural force. It’s a wellspring of strength, and in it lie certain truths that keep me hanging on: 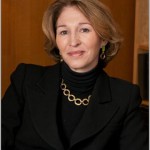 Between Too Little and Too Much

Slaughter also writes that “Workers who put their careers first are typically rewarded; workers who choose their families are overlooked, disbelieved, or accused of unprofessionalism.” I first experienced this before I had kids. The week after I quit my editing job in D.C. my dad, confused about why I wanted to work for myself, suggested I was squandering my education. Post-children, I’ve met this question more than once: “So do you work, or are you just a mom?”

Initially I balked at these reactions. Now I find them funny. Anyone versed in parenting knows that “just” is the opposite of motherhood.

I don’t want to have it all. Unlike Slaughter, I don’t believe women (or men) can have it all. I do crave variety, though, and I strive for it. My children guarantee some variety. But I need it on other levels, too. I recently took a two-week assignment from the American Council on Education, to write a feature story on facilities management in higher education. It meant early mornings, late nights and lots of babysitters. It was heady work, the kind of challenge that brings variety.

Channing Pollock said happiness is a way station between too little and too much. Hearing Noah’s teary plea, seeing a big story publish—these things remind me: I’m already there.