Why Suicide Isn’t a Selfish Act

In the three months since my brother took his life, I’ve heard a phrase repeated: “Suicide is cowardly. It’s a selfish act.” The words have come from my closest loved ones, others at church, and those who didn’t even know Jim. They argued that only a selfish man would abandon his children.

It’s an ignorant, hurtful statement, one that bothered me from the start. And it’s not true.

Like an Emperor Penguin cradling his baby eggs in winter’s deepest freeze, Jim shielded his boys from the brutal sides of life. In several of our last conversations, he fretted over the pain he thought his depression was inflicting on them. His suffering was so dire, he thought he would hurt them less by dying instead of staying alive, a shred of the man he once was. 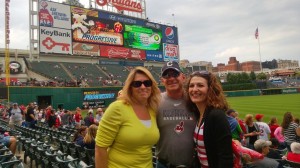 I’ve since spoken with other survivors of suicide. They too mention how irksome it is to hear it relegated to a selfish act. Saying so undermines the complexity and the tragedy of suicide. Writing on Suicide.org, Kevin Caruso explains that “Suicide is a desperate act by someone who is in intense pain and wants their pain to stop. That is a HUMAN response to extreme pain, not a selfish one.”

Friends and family who have been surprised by a suicide often consider it to be deeply selfish. This is understandable because the bereaved are often convinced that the decedent did not consider the impact of his or her death on those left behind. However, those who die by suicide certainly do consider the impact of their deaths on others; but to them, death is a positive rather than a negative outcome. This is wrong, but nevertheless, it is the view of the person who attempts suicide.

My brother was in extreme pain. A friend of mine who is a psychologist explained that there is a form of depression that’s all but untreatable, much the way stage four cancer is. I can’t prove it, but I have a sense that Jim’s depression may have been that same unwieldy sort. He fought it with everything he had. Without a doubt, Jim exhibited otherworldly strength. Running on a year of sleep deprivation and down 35 pounds, he still trained for a biathlon. He clocked better cycling and running times than most people see when they’re in full mental health.

I fought to convince Jim that extinguishing himself was not only a bad idea–it wasn’t an option. So did my sister and Jim’s two best friends. We came close.

Elizabeth David said, “There are people who take the heart out of you, and there are people who put it back.” Though God didn’t empower us to save him, I rest knowing that he gave us authority to love him, and restore his heart while he lived.