I recently celebrated Mother’s Day with my son’s preschool class. One of Noah’s gifts to me was a sketch called “All About My Mom,” where he listed fun glimpses of me and our relationship. My favorite: “My Mom is 91 years old.” 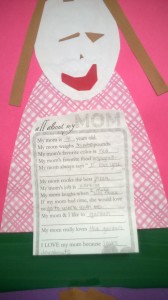 Noah’s interpretation of me. He thinks I’m 91. Photo by Kristina Cowan

Though I must seem old to Noah, I’m not nearly as wise as someone in her nineties. I’m only 39. In two days, I’ll be 40. It’s a formidable number. Our culture often portrays 40 as the moment when a person takes her first steps over the hill. I don’t buy into that. I believe it’s the prime of life, when a person has some good experience under his belt, both in the professional and personal realms. He stands poised to build on the past and become something more than he ever believed possible.

Yet my feelings about this season are mixed. I’ve seen the 40s play out in mid-life crises, heartbreak and death. My mom succumbed to a vicious strain of breast cancer when she was 46. My brother took his life at 47.

In the 25 years since my mom died, I’ve been conscious of the health risks I face because of her cancer, but not terribly worried about my mortality. These days I think about it more. I’m approaching the age she was when she died. And because my brother is gone, robbed of the many treasures his life promised. He was supposed to be here with me, celebrating my passage into the realm where he was: the 40s.

As Nicholas Wolterstorff said about the death of his son, “I lament all that might have been, and now will never be.” Still I know the sun lurks behind the clouds. So this is what 40 feels like to me: a mixture of deep sorrow and muted joy.

Late last summer, in the fury of Jim’s final weeks I wrote to him, “Next year we’ll be in the same decade! And May till Sept., you, Lisa and I will all be in our 40s. That is a rare and wonderful occurrence.” This was part of a list of things I intended to make him happy. He believed his future was falling apart, so I was returning him to his roots–his siblings–a point of joy and comfort no matter what.

In the eight months since he died I have bumped along grief’s uneven path, cycling in and out of emotions; sadness, anger, confusion, frustration, despair. The loss of a beloved is tragic enough on its own. Suicide adds an unwelcome layer of chaos. Psychologist Kay Redfield Jamison has said that “suicide carries in its aftermath a level of confusion and devastation that is, for the most part, beyond description.”

Maybe it’s the element of confusion that explains why part of me just doesn’t believe my brother–full of spirit, spunk and might–toppled like a house of cards. Intellectually I get it. Emotionally it seems unreal. I spend part of each day skulking about on an unseen plane. Some days it feels like I’m in a wasteland of regret and sadness, searching without success for bigger meaning behind suffering. Other days it’s a garden lined with golden remembrances of childhood; a safe, warm place where suicide and death don’t exist.

Along the way I’m learning to compartmentalize different aspects of the tragedy, and confront the suicide separately. That allows me to grieve my brother, and consider the question: What does it mean to lose a sibling? 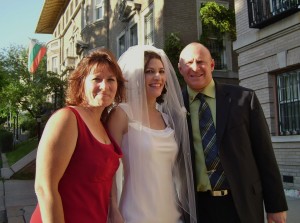 The Way We Were

At the time my brother died, I wrongly believed I was an experienced griever. After all, I lost my mom when I was a child, younger than the age most people lose their parents. I had 24 years to make sense of death and loss, how it rewires a person’s life. In the last few months I’m seeing the upside of early loss. At 15 I was too young to recognize how much I lost when my mom died. If I had understood it better, perhaps I would’ve fallen into depression, or given up on my dreams. Instead I pressed on with the demands of high school, college, and early adulthood. Finding joy wasn’t difficult, even without Mom.

She was a young woman when she died, but to me she seemed old. Parent’s aren’t peers, so I didn’t take on the mantle of her death as my inevitable legacy. Siblings are coequals. Jim was moving through life in a way similar to me, albeit a few years ahead. He and my sister were my two biggest influences in my formative years. Unconsciously I viewed them as different versions of myself, and still do.

“From the time they are born, our brothers and sisters are our collaborators and co-conspirators, our role models and cautionary tales. They are our scolds, protectors, goads, tormentors, playmates, counselors, sources of envy, objects of pride. They teach us how to resolve conflicts and how not to; how to conduct friendships and when to walk away from them. Sisters teach brothers about the mysteries of girls; brothers teach sisters about the puzzle of boys. Our spouses arrive comparatively late in our lives; our parents eventually leave us. Our siblings may be the only people we’ll ever know who truly qualify as partners for life. ‘Siblings,’ says family sociologist Katherine Conger of the University of California, Davis, ‘are with us for the whole journey.'”


I would edit that last sentence to read, “Siblings are supposed to be with us for the whole journey.” I will always wonder how different the journey would be with Jim. It may be interesting, fulfilling, even brilliant. But it will not be better without him.

In addition to peer relationships, I had the benefit of older siblings functioning as a second set of parents, especially after our mom died. The Time story says, “Full-blown childhood crises may forge even stronger lifelong links. The death of a parent blows some families to bits. But when older sibs step in to help raise younger ones, the dual role of contemporary and caretaker can lay the foundation for an indestructible closeness later on.”


That closeness is on hold. It is not lost. I have a very real sense of Jim living outside of time now, waiting for my sister and me in a gilded, eternal garden, awash in the splendor of unending life and love.