She was a mother of three who shared her faith wherever she went.

He was a father of two who collected friends wherever he went.

She was no stranger to trauma: an alcoholic dad, two divorces, a victim of rape, and breast cancer. To look at her, you’d see none of the heartbreak–just resilience.

He rose above what he most yearned for, a hands-on dad who made him the centerpiece of life, and tirelessly poured love into his own sons.

She had wanted to be a missionary in other countries. In the end, I wonder if she realized that she really was a missionary. She dedicated her life to spreading Christ-like love, within a 50-mile radius of where she was born and raised.

He was a gifted craftsman, a builder from the time he started working. Designing and building rooms, homes, restaurants–he found joy in his work. I never knew him to want to do anything else, except coach his sons’ sports teams.

I don’t remember her very well. It’s been 28 years since she passed, and the details fade more and more.

I remember him better. It’s only been four years since he left. But I’m forgetting things–the ease of his laughter, what he looked like in real time, not just in memory.

They both died in the prime of life. I know that now, because I’m just a few years away from how old they were.

Severe depression brought about his end.

I write to honor these two lives, to remind myself and others that they once did the mortal dance we’re all doing now. They left the floor before the music stopped. But I dance on, inspired by their resilience, their strong character, their pursuit of good and noble things.

She was my mom. He was my brother. 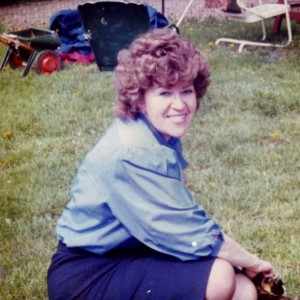 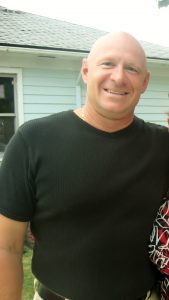