About a year after my brother, Jim, ended his life, one of his friends asked me to speak to the mother of a young woman who had attempted suicide. Jim’s friend volunteers at the Ronald McDonald House in Cleveland, which offers families housing at little or no cost while their children access the best health care possible. The young woman, Katie, and her family were staying there while she was treated at the Cleveland Clinic. 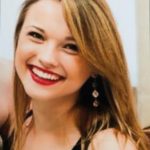 Katie Stubblefield is the youngest person in the U.S. ever to receive a face transplant

In March 2014, Katie had shot herself in the face with her older brother’s rifle. She was only 18. A breakup, several moves, and gastrointestinal surgeries had weighed heavily upon her. After her brother discovered her, Katie was treated at a hospital in Memphis. Doctors there had saved her life, but their efforts to seal her severe facial wounds were unsuccessful. They referred Katie and her family to the Cleveland Clinic, where they began to explore the idea of a face transplant.

Several months after Katie’s accident, I spoke to her mom, Alesia, on the phone. We exchanged stories, and talked about our shared faith in Christ. I signed on to Katie’s CaringBridge, but lost track. I checked in with my brother’s friend in late 2016, and she said Katie was waiting for a face transplant at the clinic.

Last week, I noticed a dramatic picture on my Instagram feed, from National Geographic. The caption mentioned a young woman named Katie, and the image showed doctors hovering around something that looked like a mask. As I read on, I learned that in 2017, Katie Stubblefield became the youngest person in U.S. history to have the procedure. National Geographic’s coverage does an excellent job of relating her story. It is at once traumatic and triumphant. It left me humbled and encouraged.

The images are graphic, and the words can be difficult to absorb. But Katie’s story is a brilliant reminder that God is still in the business of miracles.