Why the Pricey New Drug for Postpartum Depression Matters

Postpartum depression is gaining ground. For the first time, the U.S. government has approved a drug made specifically to treat it.

The medication is administered through an intravenous drip for 60 hours. Patients will have to be admitted to a medical facility to receive it, and fork over more than $30,000. That doesn’t include the cost of staying in a facility for two-and-a-half days. 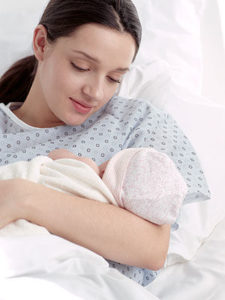 According to The New York Times, officials at the drug’s manufacturer, Sage Therapeutics, “say they expect that insurers will cover the treatment; insurers said this week that they are evaluating the drug.”

Given the tenuous state of U.S. health insurance, I’m skeptical about how much insurance companies would cover. The total cost of the treatment and hospital stay is equivalent to a year’s salary for some. If you’re extremely wealthy, or if you have top-notch health insurance, you might be able to afford it. But the hefty price tag will push it beyond reach for many.

Sage has another drug in the works, one that’s reportedly more accessible, but it’ll be some time before it’s approved.

Despite being cost-prohibitive, Zulresso is a step forward. If postpartum depression warrants specific medication, maybe someday it will be classified as its own entity. Right now, it’s wedged under the umbrella of “major depressive disorder” in the American Psychiatric Association’s Diagnostic and Statistical Manual of Mental Disorders (DSM). The DSM is a veritable bible for mental-health professionals. Yet many in the postpartum world call its handling of PPD inaccurate.

In my debut book, Dr. Dana Gossett, a professor of obstetrics and gynecology at the University of California, San Francisco, said,

According to the DSM, postpartum depression surfaces within four weeks after a baby is born. Plenty of women just start to exhibit symptoms when that four-week window closes. If we believed the DSM‘s parameters, a woman who’s six weeks out and experiencing intrusive images, crying spells, and sleeplessness doesn’t have postpartum depression. Is it all in her imagination? Just an adjustment? Hardly.

Symptoms of postpartum depression can surface for up to a year after a baby arrives. Moms can have antenatal depression, too, which happens during pregnancy. Postpartum depression is part of a larger category of illnesses, called perinatal mood and anxiety disorders. PMADs share some symptoms, but each one is unique. They deserve special attention and treatment.

Perinatal mental-health programs are increasing across the United States. Facilities and experts trained specifically in postpartum illnesses are helping families recover and reclaim their lives. Zulresso dovetails with these efforts.

With the widespread news coverage of the FDA’s approval of Zulresso, the drug is helping raise public awareness about postpartum depression. Articles are citing statistics and experts, interviewing women who’ve battled PPD, and underscoring it as a unique illness. This is important momentum. Not only do we need more and better treatment for PMADs. It’s just as vital for the public to be educated about the disorders. In this way, we can push for mental-health reform.

Perinatal mood and anxiety disorders have stayed on the fringes of our collective consciousness for too long. Ideally, Zulresso will be part of the continued movement toward improved treatment for all who’ve struggled in the grip of a perinatal mood disorder.