An Uncle With Flare

Today is my Uncle Dave’s birthday. He would be seventy-four. My mom’s younger brother died earlier this month, after battling complications from a single lung transplant. He takes with him a vast trove of memories and shared stories only he could retell, many of my mom. She died thirty years ago.

On the morning my uncle died, I was reading my Bible. The verse I focused on was from 1 Chronicles 16:11: “Look to the Lord and his strength; seek his face always.” I had an overarching sense of my mom—of the spirit of who she was on earth, and what she might be doing in eternity. I can count on one hand the number of times I’ve had that sensation. She doesn’t feel close, not in dreams or in my waking life. That morning was different.

A few hours later, my cousin called with news of our uncle. I knew before she spoke what had happened.

Hitching His Wagon to a Star

Stricken by emphysema for the better part of the last decade, my uncle opted for a lung transplant to improve and extend his life. He knew the risks. “I’d rather die trying to have a better life, than to go on like this. It’s no way to live,” he said more than once. His two sickly lungs barely afforded him the breathing capacity of one healthy lung.

A lung transplant held the promise of a new life. One where he could breathe without oxygen tanks, help his wife with housework, and travel somewhere beyond Ohio. Once approved for the surgery, he worked overtime to prepare. He and my aunt did everything they could to ensure the surgery’s success.

The surgery went well. The weeks after were fraught with a mixture of expectation and concern. He seemed to adjust to the new lung. But there were blips. Return trips to the hospital. Follow-up surgeries. Mental and physical fatigue.

Ultimately, his body buckled under the demands posed by a healthy new lung. He was a few paces shy of realizing his dream. 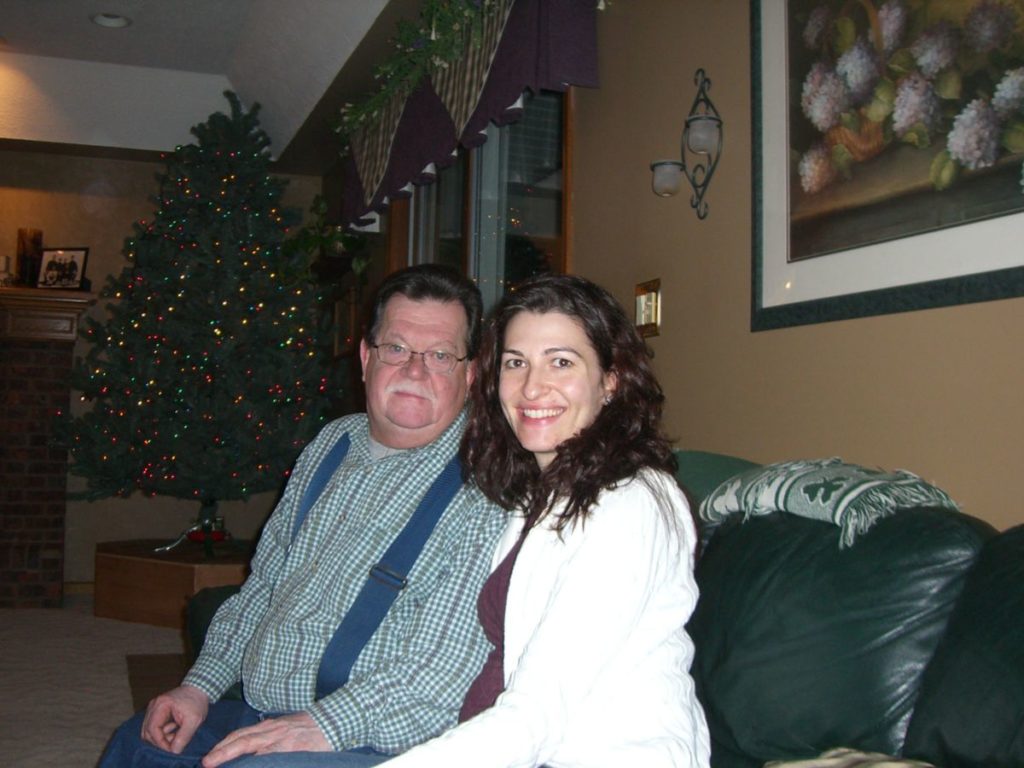 Visiting with my Uncle Dave at my brother’s house, a few months before my first child was born; November 2008, in Ohio

From the time he could walk, my uncle was a rascal.

At twelve, he sneaked his parents’ car from the garage, enlisting friends to help him slide it out of the garage without waking anyone. He piled pillows onto the driver’s seat, allowing him to see over the steering wheel. Joy-riding through the streets of Cleveland, he and his friends taught themselves to drive. Around the same time, he learned to smoke. It became a habit, one he kicked too long after his lungs were caked with tar.

The discipline and structure of school couldn’t contain his energy. After he finished eighth grade, he quit and went to work. Gifted in all things mechanical and especially with cars, he landed at Chrysler, where he served for many years as a senior millwright.

In his early twenties, he convinced his sister’s husband to stand in for him in traffic court. He’d been slapped with a speeding ticket, and the hearing fell on his overtime day. Not wanting to miss the pay, he told my other uncle, “You look like me, Al. Just take the ticket, pretend to be me, and do what the judge says.”

They looked nothing alike. Though Uncle Al could’ve easily faced a penalty, he muses over it now. If anything captures the spirit of Uncle Dave, it’s this story.

He didn’t have children. Married six times, he called my siblings and I, along with our three cousins, his own. When we had children, he loved them as adopted grandchildren. In his later years, his warmth overflowed in phone calls and during visits.

But it wasn’t always that way.

When I was a child, my mom would suggest that I greet him with a hug. I rarely agreed. He was loud and brash. He often reprimanded my cousins and me for trifles. He took a father-knows-best-approach—but he had never been a father. That confused us. He was most interested in fixing, revving, and racing cars.

When I was a teenager and a young adult, communicating with him was tricky. He didn’t seem to understand my love of education, books, and travel. It wasn’t until I was in my early thirties that I noticed his edges softening. He joined a church with his fifth wife, and openly shared his faith. His once-brazen approach had become humble and kind.

Supportive and loving, he made it his job to encourage my siblings, my cousins, and me. When my late brother Jim sank into depression as his marriage imploded, my uncle breathed wise counsel into his life. Uncle Dave’s wisdom didn’t defeat Jim’s darkness. But my brother died knowing he was cherished. 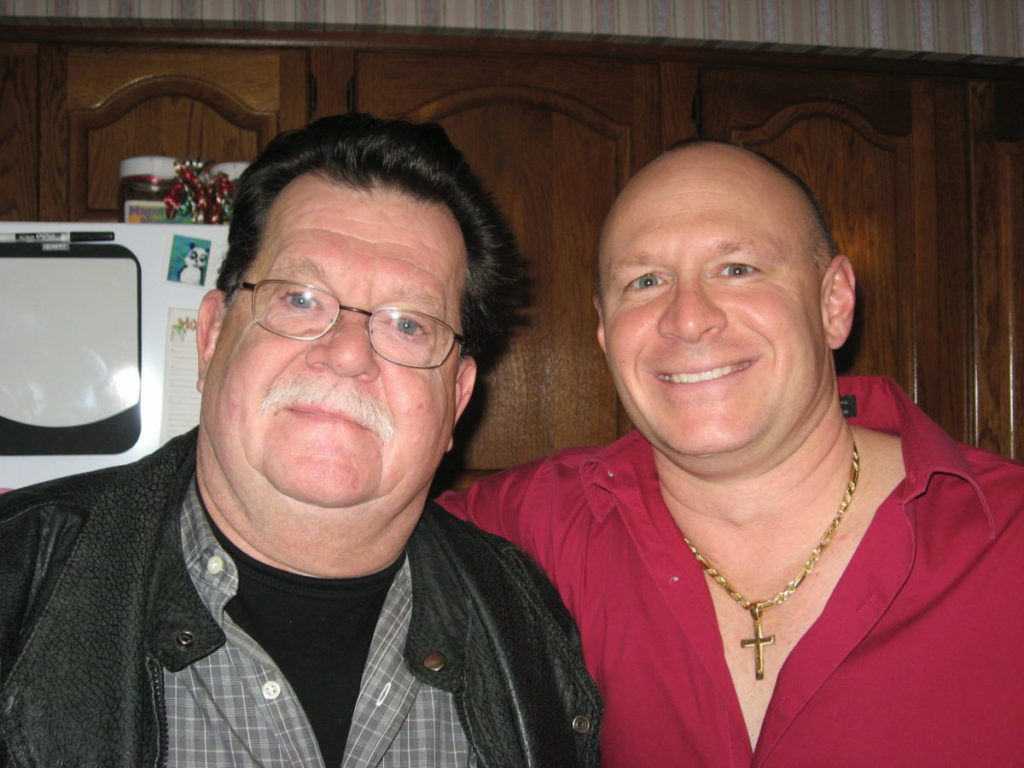 My uncle and my brother; Ohio, Christmas 2007

Joining the Cloud of Witnesses

When I lose someone who was close to my mom, my thoughts rewind to her life and death. I confront the truth: as the group who knew her best dwindles, more pieces of her vanish. After my dad died last year, I was struck by how unnatural it felt to be without either of the people who introduced me to this life.

Yet I have hope. The collective losses I’ve experienced remind me of the “great cloud of witnesses” in Hebrews 12:1:

“Therefore, since we are surrounded by such a great cloud of witnesses, let us throw off everything that hinders and the sin that so easily entangles, and let us run with perseverance the race marked out for us.”

My mom, my dad, my brother, and now, my uncle: They’ve left an earthly gap. But they’ve also left a legacy. Like Saint Anne pointing skyward in DaVinci’s Burlington House Cartoon, they hinged their lives on heaven’s promises and redemption. They believed in a good God who covers us with unmerited grace. They didn’t just talk about what they believed. They lived out their beliefs.

I strive to lengthen their legacy in what I say and do. As my uncle’s life underscored, it’s good to be one part rascal, many parts humble, forgiving, and kind. 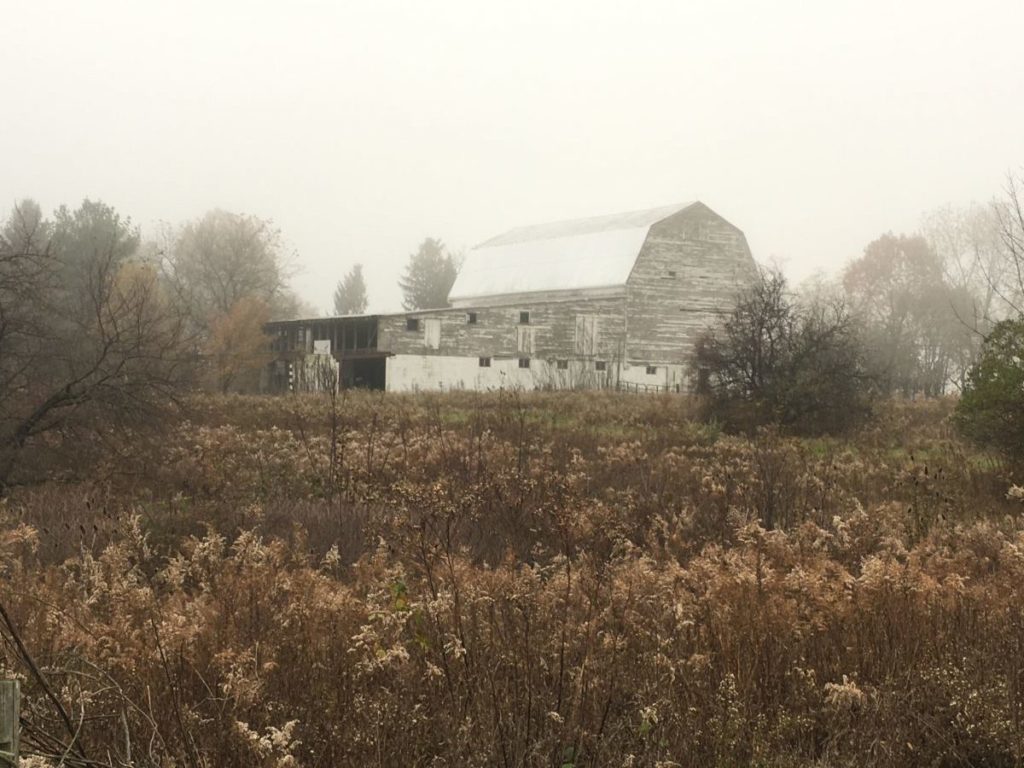 A field behind Poe Cemetery, where Uncle Dave is buried, on the morning of his funeral, Nov. 11, 2019; Medina, Ohio. Photo by Carolyn Sekerak.