Michelangelo chiseled the Pietà from a block of Carrara marble between 1498 and 1499. The sculpture shows the Virgin Mary cradling Christ’s crucified body before he’s placed in the tomb. The artist called the marble block the most perfect he had used.

The Pietà sits now in the Vatican, enclosed after a Hungarian-born geologist attacked and seriously damaged it in 1972. I visited the Pietà in 2004. That Michelangelo was in his twenties when he created it speaks to his artistic genius and emotional fluency. 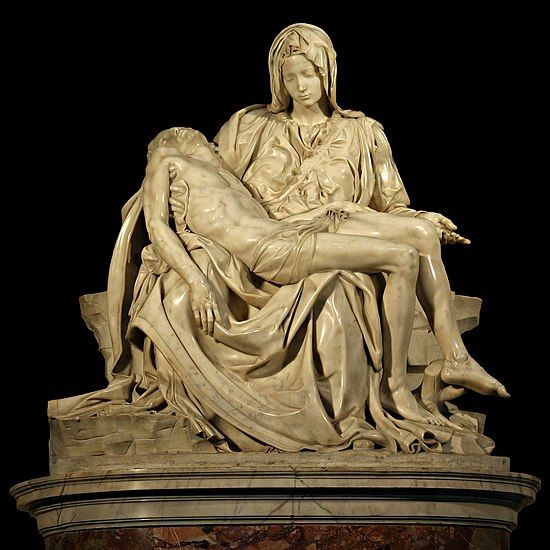 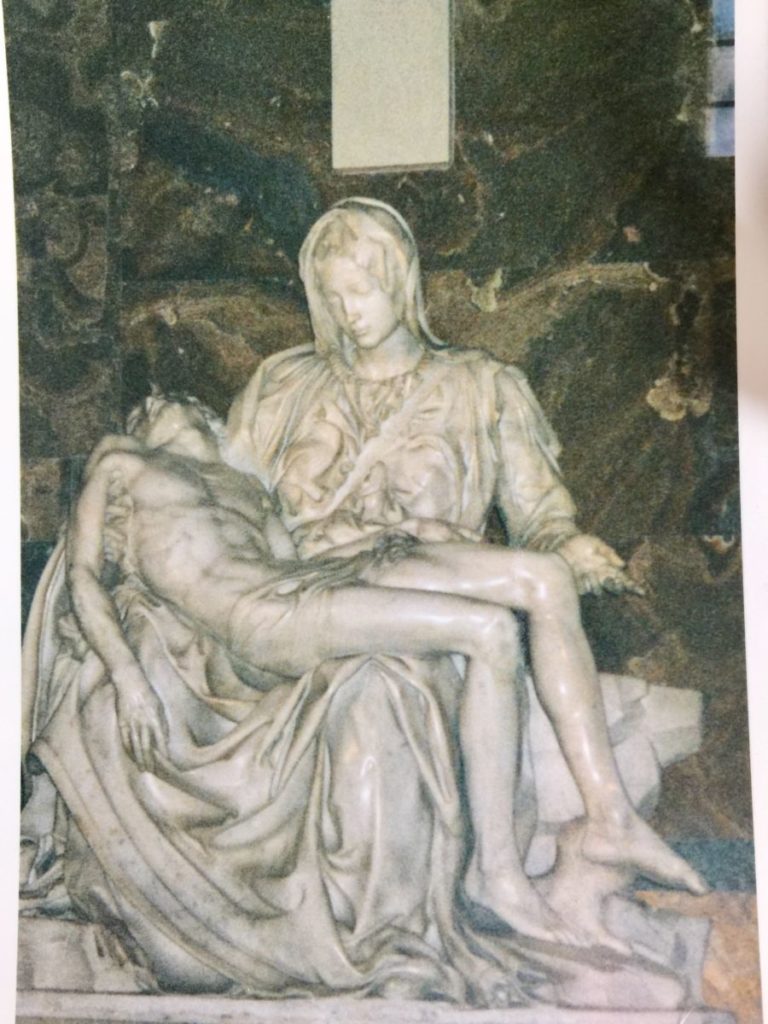 I recently learned something about the Pietà that I’m tapping as today’s Friday fact: It was the only work Michelangelo signed. Why not? If there’s perfection in art, the Pieta is it.