Last month, the Authors Guild released a report on what it means to be an author in the 21st Century. Some of the findings are grim. But, as author Joanna Penn suggests in her review of the report, they don’t include people like her: independent authors who’ve built a sustainable business model and do quite well.

Perhaps the most interesting part of the report, Penn says, is its coverage of Amazon’s impact on the publishing industry—and what it might portend.

Penn highlighted these findings from the report:

Amazon now accounts for over thirty-five percent of all unit sales of books, seventy-seven percent of online sales of new print or ebooks, and eighty percent of ebooks overall. It controls what might be the most effective publicity platforms in book publishing, including its newsletters and Amazon’s book-review platform, Goodreads. To boot, it advances new models, like Kindle Unlimited, that make books cheaper, or free.

“Alarmingly little stands in the way of the company controlling the entire book industry—which is tiny, with overall revenues of $26 billion, compared to Amazon’s overall worth, currently valued at $1 trillion.”

The report urges Congress to regulate Amazon and other large internet platforms that serve as “monopsonies in their respective markets as common carriers. Such action is critical, given that there is little publishers or authors can do at this point to stop Amazon’s march toward controlling all of publishing.”

Penn goes on to say that the answer to all of this lies in author empowerment. Amazon shouldn’t control any author’s destiny. Less than ten percent of Penn’s business revenue is from Amazon. This is intentional. She prefers not to rely on any one company for a majority of her income. Diversification is the coin of her realm.

As I contemplate my next moves as an author, I agree with Penn. Pinning a majority of our hopes to one source—whether it’s a publisher, an agent, or Amazon—is increasingly dangerous. 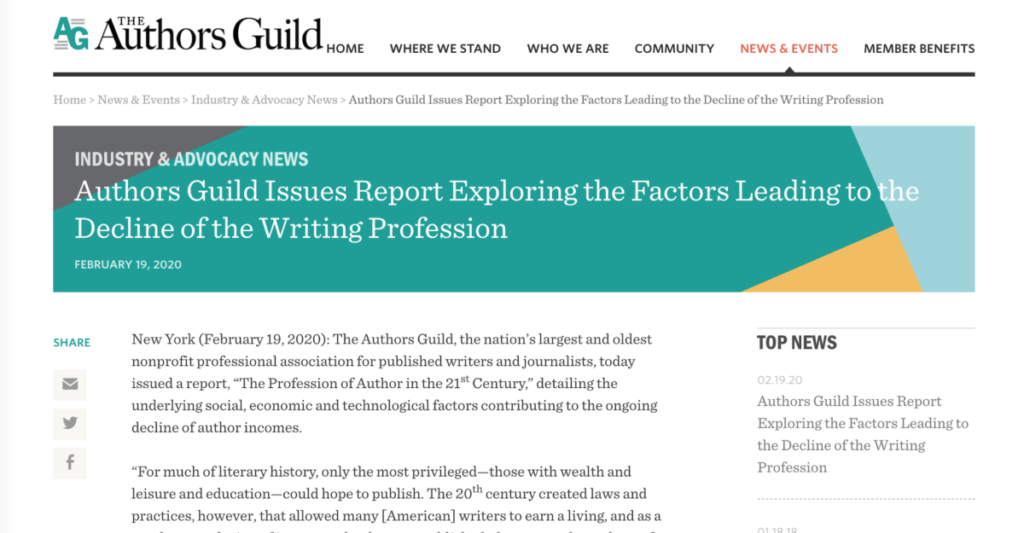