Last summer I lost my dad to heart disease. He was almost 83, and in declining health. He died twice. The first time, he was rescued by a band of courageous Good Samaritans. Their bravery afforded my family and me a chance to say goodbye, and to be with him the second time he died. His last days were nothing short of a miracle. I wrote a narrative essay about them, which I hope will be published in the future. 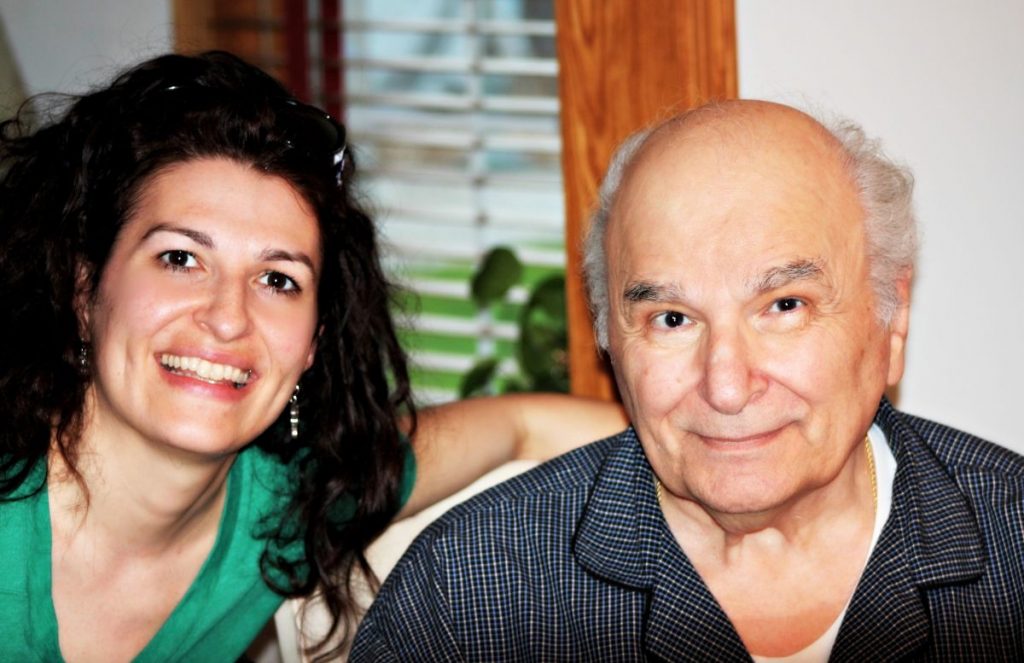 I would’ve loved to have my dad here for another decade, or longer. His death means I’m an orphan, the dreaded state most of us face sooner or later. But the grief that’s met me in Dad’s wake has been uncomplicated—in many ways, sweet. It’s strange to to see “grief” and “sweet” in the same sentence. I’m used to grief coupled with words like “trauma,” “lifelong,” and “severe.”

As I wrote the essay about my dad, I did cursory research on uncomplicated grief. I couldn’t find anything that spoke to what interested me: After you’ve encountered several complicated losses, how does it feel to experience uncomplicated grief? This is my take.

I’m no stranger to grief. My family specializes in the complicated kind. We lost my mom to a rare form of breast cancer when she was 46. My brother ended his life when he was 47, after a brief battle with depression and anxiety.

Losing a parent when you’re still a child changes you as nothing else does. It reshapes your world view, restructures your approach to relationships, breaks your heart in ways you spend a lifetime trying to understand. In her book, The Loss That Is Forever: The Lifelong Impact of the Early Death of a Mother or Father, Dr. Maxine Harris writes:

The death of a parent in childhood does not merely mark time for a survivor, becoming one of many important life events. It is the psychological Great Divide, separating the world into a permanent “before and after.” Thirty, forty, or fifty years after the death occurred, men and women still refer to the early death of a parent as the defining event of their lives.

Losing a sibling to suicide turns life inside-out. I’ve always considered my brother, my sister, and myself variations on the same theme. We were supposed to grow old together. Jim’s death thwarted that hope and many others. But because I was an adult when he died, I had the advantage of emotional maturity. I better understood the emotions kicked up by his death, and how to confront and cope with them.

As I settled into writing and revising the essay about my dad, I reflected on my past losses. I’m used to complicated, heavy grief. To my surprise, the loss of my dad felt uncomplicated. The grief load was lighter. What made it different?

Complicated or not, loss and grief are painful. The world teaches us to hide from, avoid, and deny pain. But it remains. If we don’t deal with it, it weakens us. But if we walk through it, we can grow and learn.

Christ was well-acquainted with grief, loss, and pain. We see it throughout the Bible. After he spoke to Mary and Martha, the sisters of a man—Lazarus—who had died, Jesus wept. He wept despite knowing that in a short time, he would bring Lazarus back to life. Jesus had compassion for those who suffer. He wept as he died on the cross, asking why God had forsaken him.

In her book, The Way of Abundance, Ann Voskamp says,

Blessed—lucky—are those who cry. Blessed are those who are sad, who mourn, who feel the loss of what they love—because they will be held by the One who loves them. There is a strange and aching happiness only the hurting know—for they shall be held.

I’ve never felt closer to God than when I’ve faced a loss, or experienced grief. This was truest when I had postpartum depression, a deep and unique form of grief. Though I hadn’t lost anyone–in fact, I’d gained a new life—I grieved the loss of my old life. I grieved for my mom, who died twenty years before my first child arrived. I promised God that if he brought me through my postpartum grief, I’d use it for good. That good turned into my first book.

When we allow losses and grief to strengthen us, we find comfort and healing. When we take that strength and use it to encourage and comfort others, we become something this world desperately needs: points of grace.