My dad was cool. I didn’t see him that way when I was a kid. Once I became a parent myself, I came around to acknowledging he’d been a good parent. But it wasn’t until after he passed away that I glimpsed the cool guy he was before parenthood.

He suffered a deadly bout of cardiac arrest while out driving, but a band of angels pried him from his truck and revived him. Their miracle work gave him—and those who loved him—an extra week. Days to reflect, give thanks, say goodbye.

Dad’s brain damage was severe. Though he regained a sliver of consciousness, he didn’t return to the fullness of who he’d been. Doctors couldn’t guarantee much more than a vegetative state on life support, something my dad had guarded against in his living will.

We removed him from the machines on the Fourth of July. His last two-and-a-half days were the most peaceful. Quiet evidence that he had loathed the constant din of contraptions whirling air and pumping medications.

My sister and I were with him when he passed, a gift for which we’ll always be grateful.

My dad lived a long, productive life. He had a profound impact on me, especially after my mom’s premature death. For forty-four years, I saw him mostly through the prism of his role as a father. It wasn’t until a few months ago that I began to consider who he was before he took on the mantle of fatherhood.

While sorting his personal effects, I landed on several photo albums from his days as a young soldier in the U.S. Army. He served in Europe during the Korean War, operating on tanks and other machinery.

Based on his stories about his tour of duty, I knew it to be his Golden Age. But he hadn’t shared any photographs. They reveal different sides of an earlier him. A well-dressed dandy. A guy with plenty of friends, working hard, playing when the time was right. 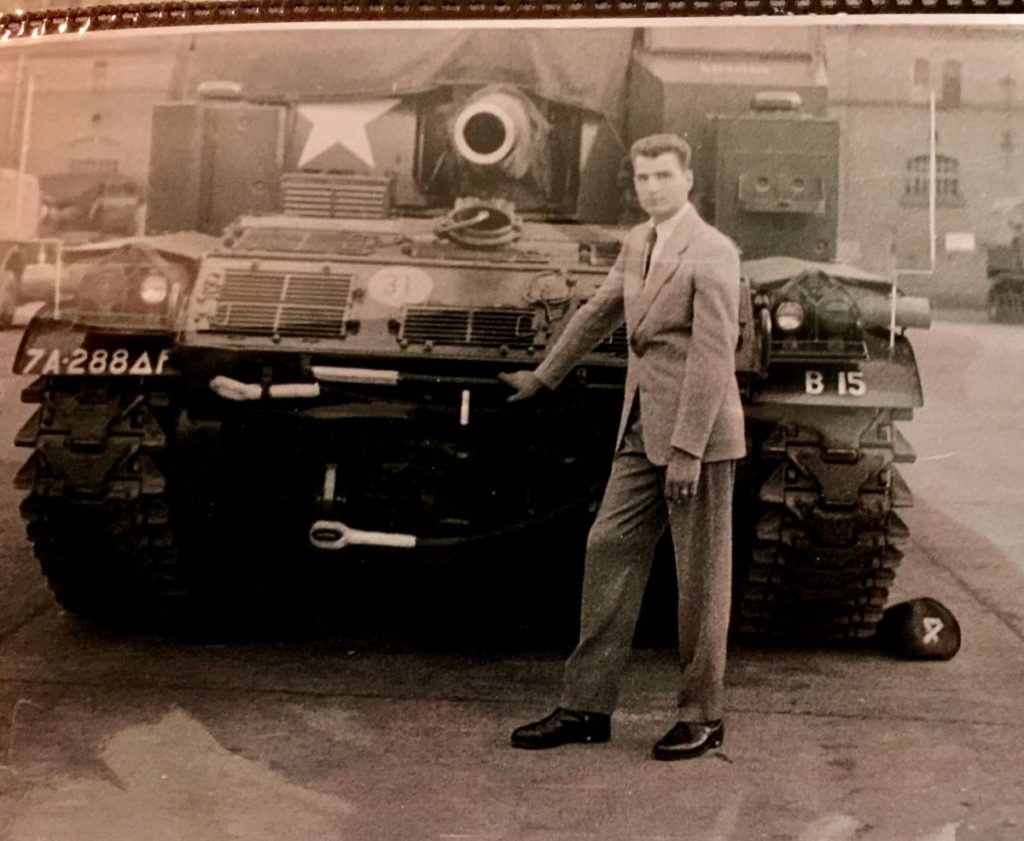 In front of one of his tanks in Germany 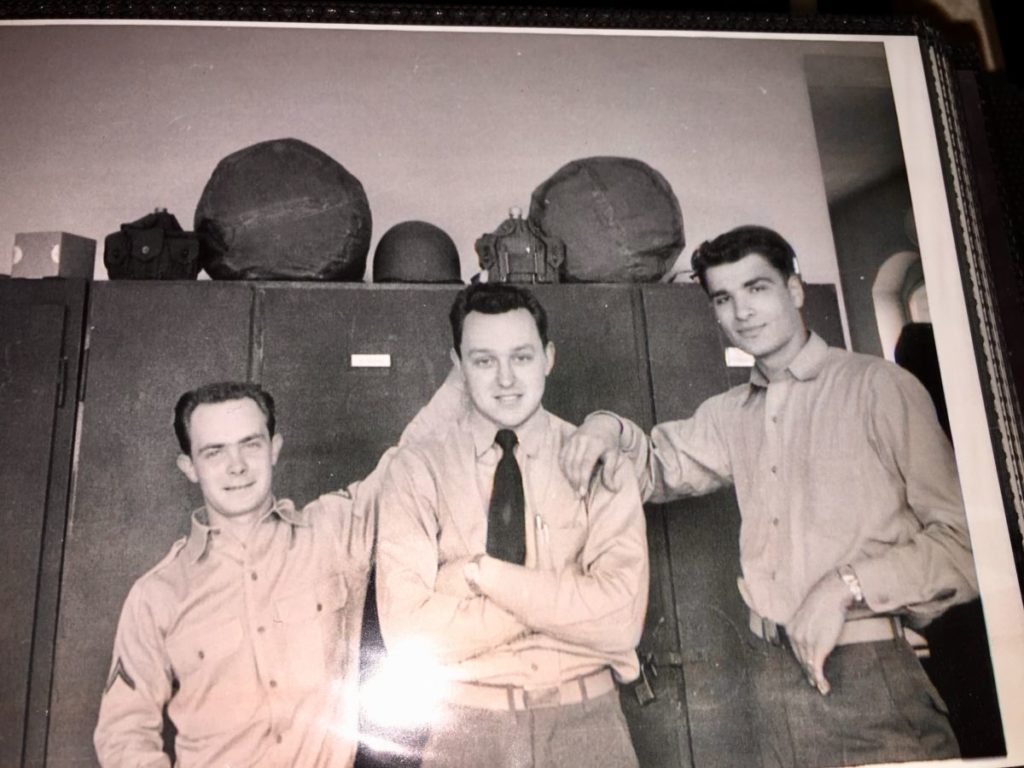 Dad, right, with friends, center and left; possibly in the barracks 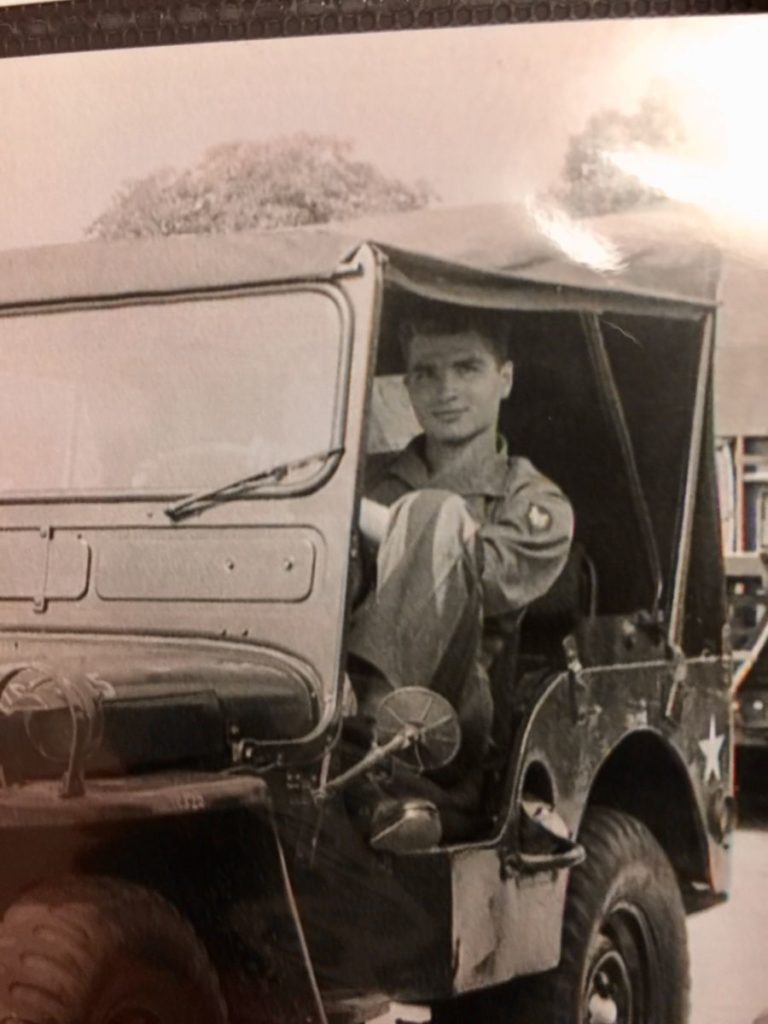 At the helm of his favorite jeep 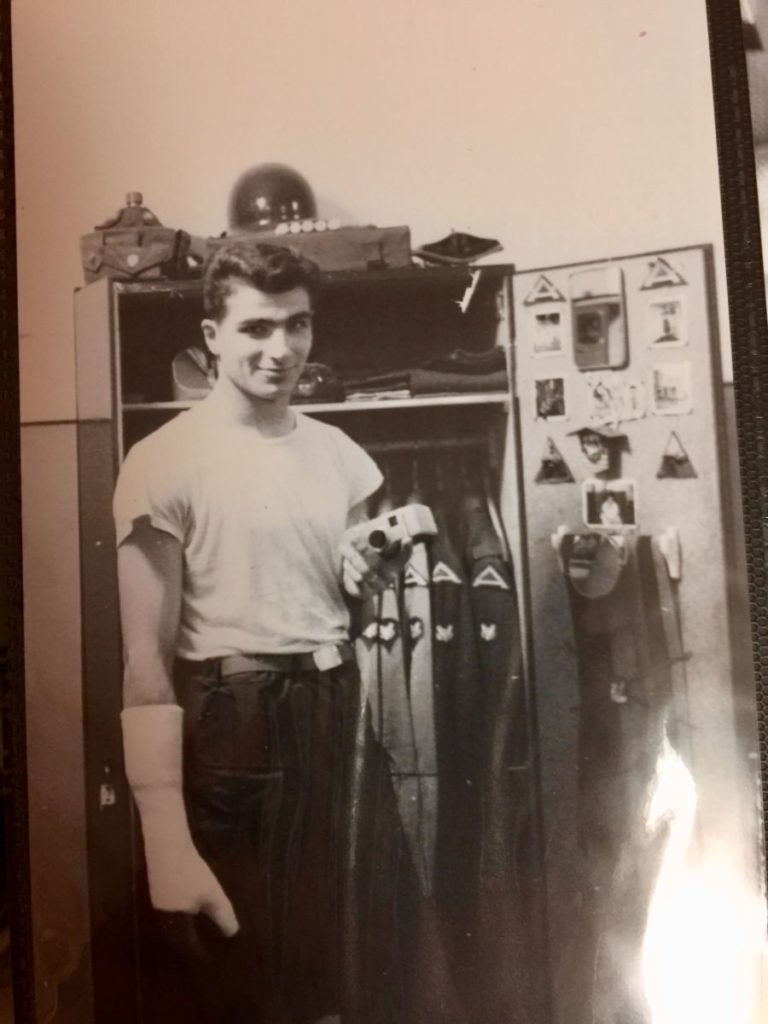 Camera in one hand, cast on the other

The man I knew was less concerned with fashion. More serious. The idea of carousing seemed as far from him as the poles are apart from one another.

As a parent, I appreciate how having children might’ve changed him. The weight of life can fall hard on parents. It can slow us down and sap our sense of humor. We have to work against the strain of it all, remembering to check the responsibility with strong doses of joy.

Once my mom died, my dad had a unique task: single-parenting a motherless girl. Dad was an alpha-male, a first-generation Greek raised by immigrant parents who taught him grit makes a man. To look at him, you wouldn’t think the role of nurturer would be easy.

But he defied labels and stereotypes. When I was sick, he made chicken soup. When I was freezing my way through Evanston winters, he sent blankets and food. When I was discouraged, he sent “keep going” notes.

Child psychologist and author Lee Salk said, “A good father is a little bit of a mother.” My dad had to be a little bit of a mother. If my mom had lived, I believe he still would’ve been a good father. But he was called to the high-wire walk of single parenthood. It urged emotional regularity, a constancy of spirit and substance. He delivered well on his calling, demonstrating a singular faithfulness worthy of applause.

My dad was a cool guy, well before parenthood. He was cool in the thick of a life adorned with children. Cool enough to be an alpha-male who built tank engines, made chicken soup, and nurtured a heartbroken girl into womanhood.