The Three Dimensions of Character

Have you ever described someone as shallow or superficial? Lacking depth? Most of us offer these unkind character sketches at some point. They’re based on what we see: actions and behaviors.

To understand what drives those actions and behaviors, we need to understand a person’s history. In real life, we’re not guaranteed that chance. We’re bound by human limits. Nor do we always see a person’s choices when the stakes are highest. That’s when his heart, soul, and moral compass are revealed.

Thankfully, there’s a place where we do gain that access. It’s called fiction. It’s a world where, if the author does it right, we see all three dimensions—surface behaviors, backstory, and high-stakes choices—and how they work together to create rich, complex, compelling characters.

By tapping into our empathy for the protagonist—and maybe even for the villain—an author hooks readers. We keep turning pages. When we finish, we miss the main characters. They have become like good friends.

In fiction and in real life, there are three dimensions of character. Fiction writers must develop and integrate each dimension into a unique mix, says Larry Brooks in his book, Story Engineering. Without that skillful integration, the story won’t succeed, and the book won’t sell.

Brooks says there are two key components to good character development: the seven variables (see my earlier post, Writing Character: Where to Begin?), and the three dimensions, or realms. The dimensions are like three main courses in a meal. The variables are like spices. The spices can be applied to each course, or to just one.

It’s a good analogy. But it can be confusing for those of us writing fiction for the first time. Brooks has a simpler explanation:

As a writer you should always be thinking about one of two things relative to your characters—the variables you apply, and a sense of clarity about which of the dimensions those variables exemplify.

A character with depth displays all three dimensions at the same time. So what are they, and how should fiction writers work with them? Brooks has answers.

Everyone has an outward identity, filled with surface traits, quirks, and habits. This external landscape is the first dimension. It’s what others see and assign meaning to, or not. The first dimension is a combination of how a character sees herself, and how she wants to be seen. Sometimes these two things run counter to each other.

As writers, what we show readers lies in the first dimension. If we go no further, readers assign their own meaning to what they see. Because it might be the opposite of what we intend, we can’t stop here.

Lined with backstory and inner demons, the second dimension explains first-dimension behaviors. It’s a magical realm, filled with windows on a character’s inner landscape. With this inside look, readers gain understanding and, ideally, they empathize with the character.

“Empathy is the great empowerer of stories—the more empathy the reader feels, the more he will invest himself in the reading experience,” Brooks says. He uses the film Top Gun and its protagonist, Maverick, as examples.

Outwardly (in the first dimension), Maverick is an arrogant show-off known for his irresponsible choices. Once we see why (the second dimension)—his father’s military mistakes and his need to free himself from the burden of family history—we understand his actions. We still might not like him. But it’s easier to empathize with him.

The best place to stir a positive reader response is in the second dimension.

In the final realm, the heat turns up. A character is forced into difficult situations where she reveals her heart. Her choices here are life-changing, and they define who she really is. Everything leading up to this, Brooks says, is “just a foreshadowing, a smoke screen, or an explanation.”

If a protagonist conquers his inner demons and makes improved, courageous decisions, that’s called a character arc. With this arc comes growth and the advent of a hero. As Brooks says:

“A hero takes a stand, accept risks, makes decisions, boldly (or not) dives in and executes. Even if he has issues. Even if on the outside he seems unlikable, or unlikely to emerge as a legitimate hero. He does it. He overcomes. He conquers fear. He defeats his inner demons and rises above himself and his exterior obstacles to do what must be done. And when he does, he is demonstrating third-dimension character depth.”

Writers who don’t venture past the first or second dimensions render flat characters. Another stumbling block is failing to integrate the dimensions. Such integration, Brooks says, is the art of storytelling. There’s no playbook for achieving success. As with all good art, there’s a bit of mystery involved.

But there are things we can do to succeed and sell books:

Stay tuned for my next post, on how to unmask your characters and work with human nature. 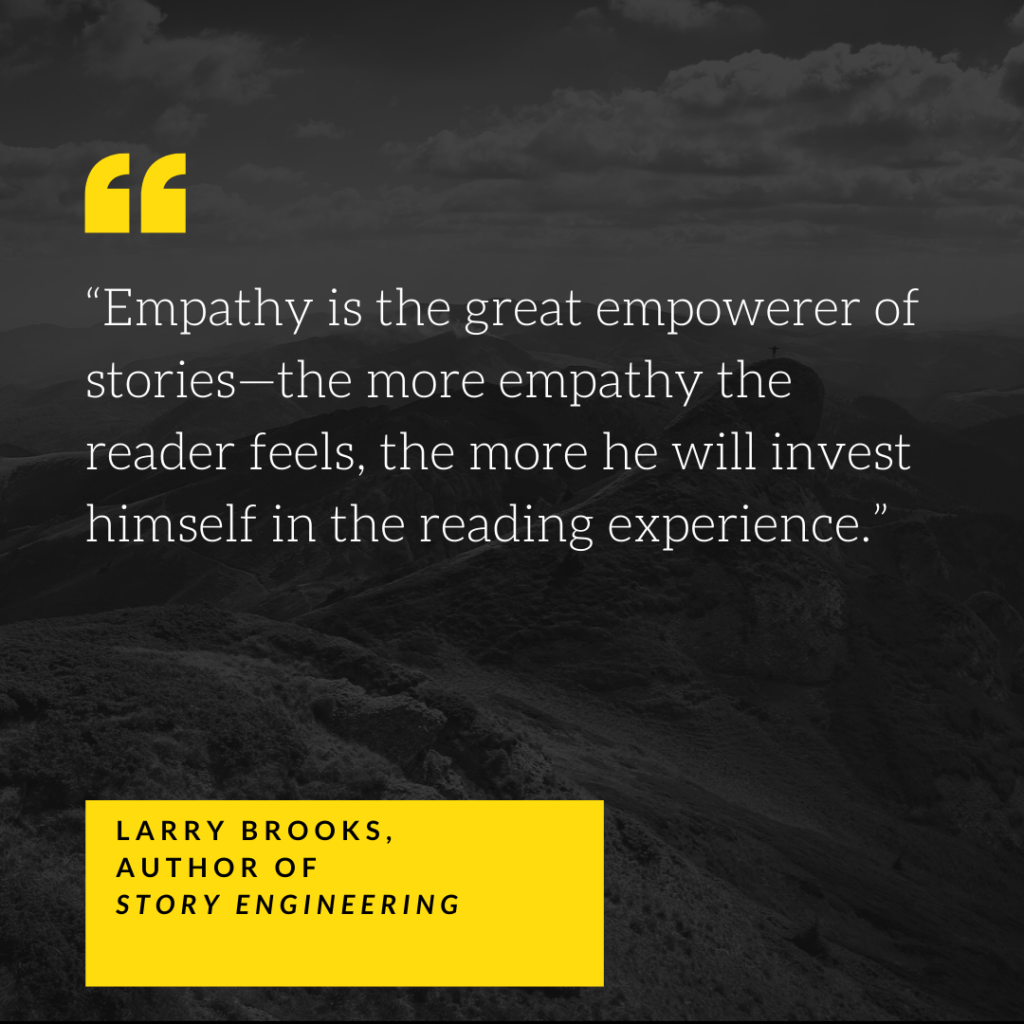